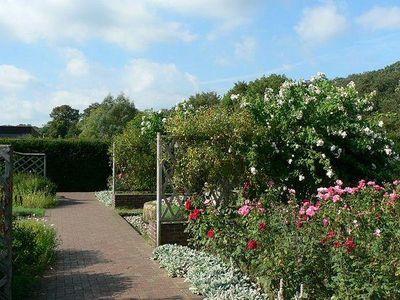 Buckfast Abbey forms part of an active Benedictine monastery at Buckfast, near Buckfastleigh, Devon, England. Buckfast first became home to an abbey in 1018. The first Benedictine abbey was followed by a Savignac abbey constructed on the site of the current abbey in 1134. The monastery was surrendered for dissolution in 1539, with the monastic buildings stripped and left as ruins, before being finally demolished. The former abbey site was used as a quarry, and later became home to a Gothic mansion house.

In 1882 the site was purchased by a group of French Benedictine monks, who refounded a monastery on the site, dedicated to Saint Mary. New monastic buildings and a temporary church were constructed incorporating the existing Gothic house. Buckfast was formally reinstated as an Abbey in 1902, and the first abbot of the new institution, Boniface Natter, was blessed in 1903. Work on a new abbey church, which was constructed mostly on the footprint of the former Cistercian abbey, started in 1907. The church was consecrated in 1932 but not completed until 1938. The abbey continues to operate as a Benedictine foundation today, and is a registered charity under English law.