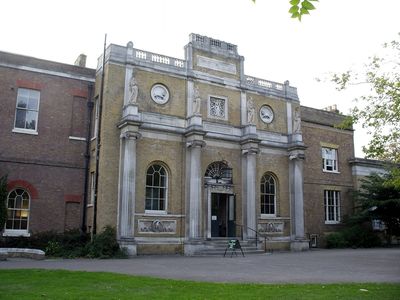 in 1843 Pitzhanger Manor became home to the daughters of Britain's only assassinated Prime Minister, Spencer Perceval. At 5:15 pm, on the evening of 11 May 1812, Perceval was on his way to attend the inquiry into the Orders in Council. As he entered the lobby of the House of Commons, a man stepped forward, drew a pistol and shot him in the chest. Perceval fell to the floor, after uttering something that was variously heard as "murder" and "oh my God". The assassin – who had made no attempt to escape – was a man with an obsessive grievance against the Government and had acted alone.