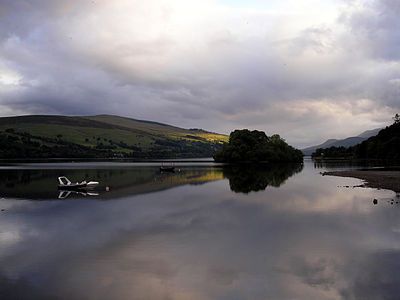 Loch Tay is a freshwater loch in the central highlands of Scotland, in the Perth and Kinross and Stirling council areas. The watershed of Loch Tay traditionally formed the historic province of Breadalbane.
It is a long, narrow loch of around 14.55 miles long, and typically around 1 to 1½ miles wide, following the line of the strath from the south west to north east. It is the sixth-largest loch in Scotland by area and over 150 metres deep at its deepest.