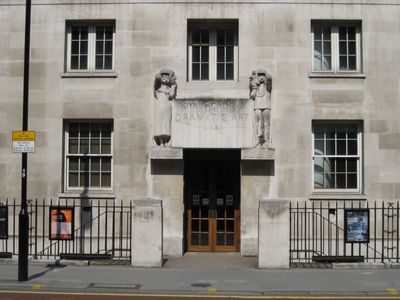 The Royal Academy of Dramatic Art is a drama school in London, England that provides training for film, television and theatre. It is one of the oldest and most prestigious drama schools in the United Kingdom, founded in 1904 by Herbert Beerbohm Tree.
RADA is an affiliate school of the Conservatoire for Dance and Drama. Its higher education awards are validated by King's College London and its students graduate alongside members of the departments which form the King's Faculty of Arts & Humanities. It is based in the Bloomsbury area of Central London, close to the Senate House complex of the University of London.