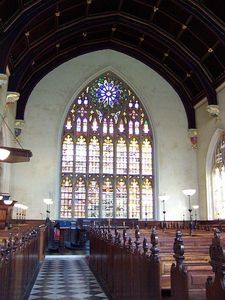 The Honourable Society of Lincoln's Inn is one of the four Inns of Court in London to which barristers of England and Wales belong and where they are called to the Bar. Lincoln's Inn is recognised as being one of the world's most prestigious professional bodies of judges and lawyers.

Lincoln's Inn is situated in Holborn, in the London Borough of Camden, just on the border with the City of London and the City of Westminster, and across the road from London School of Economics and Political Science, Royal Courts of Justice and King's College London's Maughan Library. The nearest tube station is Holborn tube station or Chancery Lane.