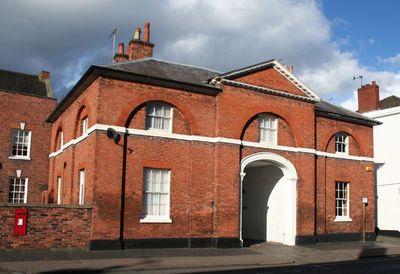 The Porch House, formerly sometimes the Porche House, is a large Georgian house, dating from the late 18th century, in Nantwich, Cheshire, England. It is listed at grade II. Located at numbers 64A and 64B on the north side of Welsh Row (at SJ6471452454), it is entered via its former stable entrance, The Gateway. Currently divided into two houses, the Porch House has previously served as a day and boarding school, and as a house for Belgian refugees. The existing building stands on the site of a 15th-century mansion of the same name.