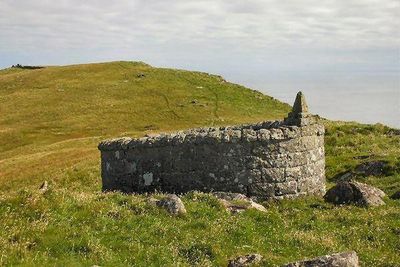 There are numerous prehistoric structures on the island and permanent occupation by 20–50 individuals occurred throughout the historic period, peaking in the 19th century. The economy of the residents was based on agriculture, fishing and fowling. The cliffs provide nesting sites for seabirds in such profusion that Berneray has been designated as a Special Protection Area.