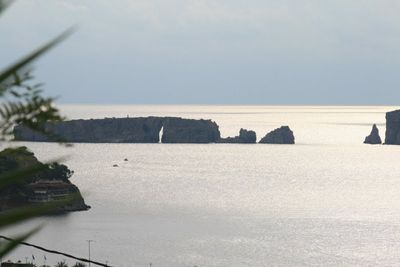 Navarino Bay or the Bay of Pylos is one of the largest natural harbours in the world. Navarino Bay is seperated from the Ionian Sea by the Island of Sphacteria and connected to it by a shallow entrance in the north west and a major entrance in the southwest: Megalo Perasma. That entrance is 1200m long. The depth of the bay is 50m. Its width is 3,600 m and its length 4,800m.

Because of this unique position, it was the location of some major historical events such as the battle between Sparta and Athens in 425 BC and the battle of Navarino on October 20, 1827.

The Turk Ibrahim Pasha selected this bay as a base for his fleet to protect his state in the 1820s. It was an peculiar alliance of the French, the Russians and the English (agreed upon in the Treaty of London) who destoyed the Turkish-Egyptian fleet in the Bay. It was the kickstart of the victorious period of the War of Independence of Greece. 27 ships did the job to destroy the 60 ships and 6000 sailors of the Turks and Egyptians. The allies didn't loose one ship but 272 British, 198 Russians and 185 French sailors got killed. Almost 7000 peopl ewere killed in this Bay on that Day.