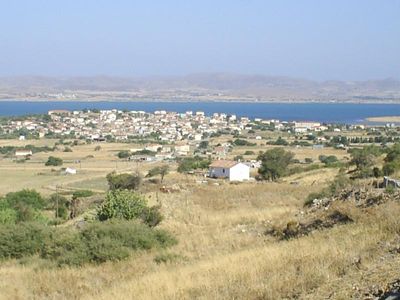 Moudros Bay was an important location in World War I. Moudros Bay became a forward anchorage for the Greek fleet, which enabled it to keep watch on the Dardanelles and prevent a foray by the Ottoman Navy into the Aegean. The Ottomans' two attempts to achieve this were beaten back in the battles of Elli and Lemnos. Thus the Ottomans were prevented from supplying and reinforcing their land forces in Macedonia by sea, a critical factor in the success of the Balkan League in the war.