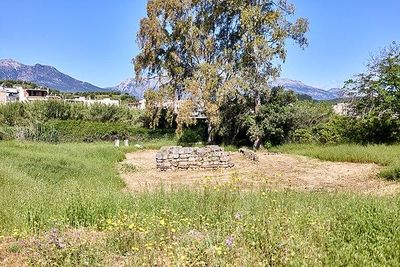 The Sanctuary of Artemis Orthia, an Archaic site devoted in Classical times to Artemis, was one of the most important religious sites in the Greek city-state of Sparta, and continued to be used into the fourth century CE, when all non-Christian worship was banned during the persecution of pagans in the late Roman Empire. The sanctuary was destroyed and rebuilt a few times over many centuries and has today, produced many artefacts that allow historians to better understand exactly what went on in the sanctuary during that period of time. This sanctuary held many rituals, that included cult-like behaviour by both young males and females in varying ways and has also since revealed many artifacts due to multiple excavations that have, helped to deliver new information on acts and behaviours that have occurred in at the temple in Orthia.

The cult of Orthia was common to the four villages originally constituting Sparta: Limnai, in which it is situated, Pitana, Kynosoura and Mesoa. Chronologically speaking, historians believe that it likely came after the cult to the city-goddess Athena Πολιοῦχος "protectress of the city" or Χαλκίοικος / Khalkíoikos "of the bronze house".