Altar of the Twelve Gods

RouteYou » Wikipedia » Places of interest » Altar of the Twelve Gods 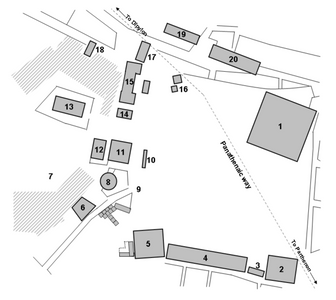 The Altar of the Twelve Gods , was an important altar and sanctuary at Athens, located in the northwest corner of the Classical Agora. The Altar was set up by Pisistratus the Younger, during his archonship, in 522/1 BC. It marked the central point from which distances from Athens were measured and was a place of supplication and refuge.

The exact identities of the twelve gods to whom the Altar was dedicated is uncertain, but they were most likely substantially the same as the twelve Olympian gods represented on the east frieze of the Parthenon: Zeus, Hera, Poseidon, Demeter, Apollo, Artemis, Hephaestus, Athena, Ares, Aphrodite, Hermes, and Dionysus, though there are reasons to suppose that Hestia may have been one of the twelve.