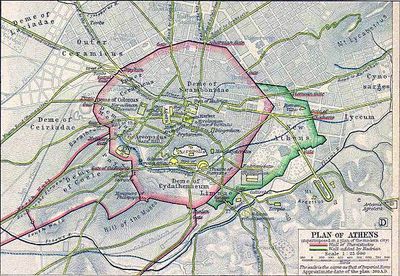 Scambonidae or Skambonidai was a deme of ancient Attica, located in the city of Athens. It was located within the walls of Themistocles, northwest of the town, north of the Acropolis.

In the past it was believed that this deme was closely related to that of Melite because of its name: according to tradition, in fact, Myrmex or Dius, the father of Melite who would give the name to the other deme, built a street called Scambonidae. Today, however, it is believed that the name of the deme derives from its streets that, due to the hilly nature of the place, were full of curves .