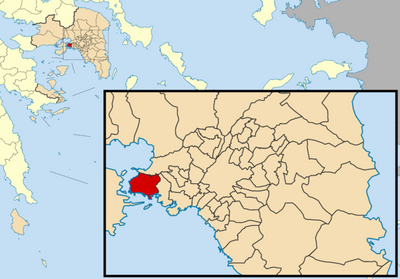 Perama is a port city and part of Athens urban area and Piraeus regional unit. It lies on the southwest edge of the Aegaleo mountains, on the Saronic Gulf coast. It is 8 km northwest of Piraeus, and 15 km west of Athens city centre. The municipality has an area of 14.729 km2. It forms the western terminus of the Port of Piraeus and there is also a passenger port that provides ferry services to Salamis Island.

The name Perama comes from the Greek word "perasma" which means "passage". Perama has a secondary soccer team named Peramaikos. The Battle of Salamis which took place in 480BC was located between the Salamis island and the mainland, part of which included Perama.