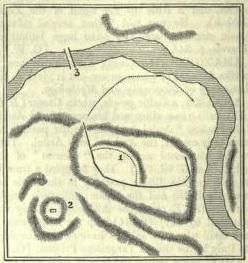 Ambracia , was a city of ancient Greece on the site of modern Arta. It was captured by the Corinthians in 625 BC and was situated about 11 km from the Ambracian Gulf, on a bend of the navigable river Arachthos , in the midst of a fertile wooded plain.
It was founded between 650 and 625 BC by Gorgus, son of the Corinthian tyrant Cypselus, at which time its economy was based on farmlands, fishing, timber for shipbuilding, and the exportation of the produce of Epirus. After the expulsion of Gorgus's son Periander its government developed into a strong democracy. The early policy of Ambracia was determined by its loyalty to Corinth , and its consequent aversion to Corcyra and Corinth).