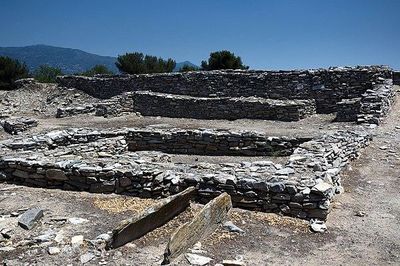 Dimini is a village near the city of Volos, in Thessaly , in Magnesia. It was the seat of the municipality of Aisonia. The name Aisonia dates back to ancient times and it is the westernmost place in the Volos area. The Dimini area contains both a Mycenean settlement and a Neolithic settlement. The Neolithic settlement in Dimini was discovered near the end of the 19th century and was first excavated by the archaeologists Christos Tsountas and Valerios Stais.

The palace of ancient Iolcos is believed to be located in modern-day Dimini, where a Mycenaean palace was excavated recently.