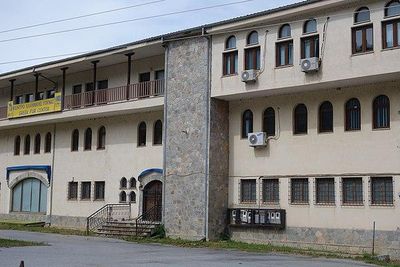 Kastoria is a city in northern Greece in the region of Western Macedonia. It is the capital of Kastoria regional unit, in the geographic region of Macedonia. It is situated on a promontory on the western shore of Lake Orestiada, in a valley surrounded by limestone mountains. The town is known for its many Byzantine churches, Byzantine and Ottoman-era domestic architecture, its lake and its fur clothing industry.
The city is first mentioned in 550 AD, by Procopius as follows: "There was a certain city in Thessaly, Diocletianopolis by name, which had been prosperous in ancient times, but with the passage of time and the assaults of the barbarians it had been destroyed, and for a very long time it had been destitute of inhabitants; and a certain lake chances to be close by which was named Castoria. There is an island in the middle of the lake, for the most part surrounded by water; but there remains a single narrow approach to this island through the lake, not more than fifteen feet wide. And a very lofty mountain stands above the island, one half being covered by the lake while the remainder rests upon it." Although Procopius refers to it as "a city of Thessaly", the description is undoubtedly that of Kastoria, a city on a promontory in a lake.