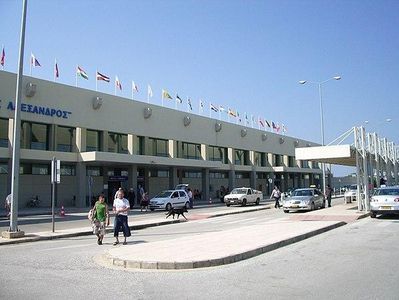 Kavala International Airport "Alexander the Great" is an airport located in the municipality of Nestos, in Greece.

The airport was originally located closer to Kavala, in the installations of the Greek Air Force, near the village of Amygdaleonas, where it began its operations in 1952 as Kavala National Airport. On 12 October 1981, it was moved near the town of Chrysoupoli, where it operates today. The relocation greatly improved the service to the nearby island of Thasos and the city of Xanthi, in addition to the continued service to the cities of Kavala and Drama.