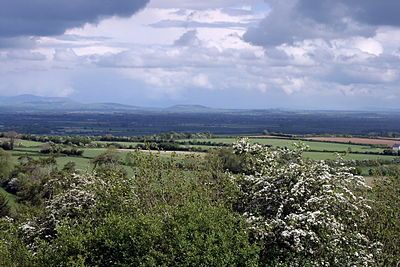 County Kildare is a county in Ireland. It is located in the province of Leinster and is part of the Mid-East Region. It is named after the town of Kildare. Kildare County Council is the local authority for the county which has a population of 222,130.
Kildare is the 24th largest of Ireland's 32 counties in area and seventh largest in terms of population. It is the eighth largest of Leinster's twelve counties in size, and second largest in terms of population. It is bordered by the counties of Carlow, Laois, Meath, Offaly, Dublin and Wicklow. As an inland county, Kildare is a generally lowland region. The county's highest points are the foothills of the Wicklow Mountains bordering to the east. The highest point in Kildare is Cupidstown Hill on the border with Dublin, with the better known Hill of Allen in central Kildare.