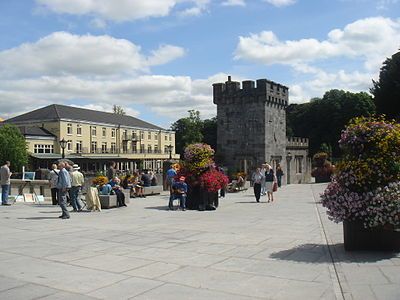 Kilkenny is the county town of County Kilkenny in the province of Leinster in south-east Ireland. It is built on both banks of the River Nore. The city is administered by a borough council , which is a level below that of city council in the local government of the state, although the Local Government Act 2001 allows for "the continued use of the description city". The 2016 census gave the total population of Kilkenny as 26,512.
In 2009 the City of Kilkenny celebrated its 400th year since the granting of city status in 1609. Though referred to as a city, Kilkenny is actually a large town, the seventh largest town in Ireland.