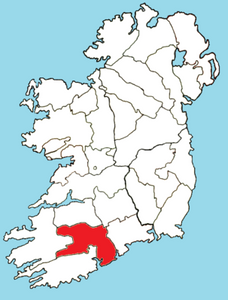 The Diocese of Cloyne is a Roman Catholic diocese in Ireland. It is one of six suffragan dioceses in the ecclesiastical province of Cashel . Following the resignation of bishop John Magee, the diocese was administered by its metropolitan, Dermot Clifford, until the installation of William Crean on 27 January 2013. The cathedral church of the diocese is St Colman’s Cathedral.

Cloyne diocese is located in the northern and eastern parts of County Cork. The major towns in the diocese are Cobh, Fermoy, Mallow, Midleton and Youghal. The population is over 120,000 people.