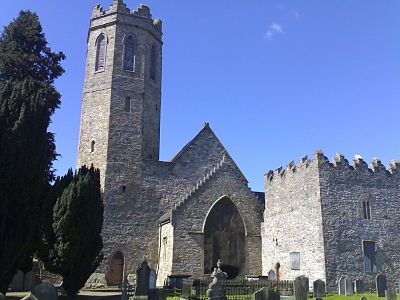 Clonmel is the county town and largest settlement of County Tipperary, Ireland. The town is noted in Irish history for its resistance to the Cromwellian army which sacked the towns of Drogheda and Wexford. With the exception of the townland of Suir Island, most of the borough is situated in the civil parish of "St Mary's" which is part of the ancient barony of Iffa and Offa East.

The 2016 Census used a new boundary created by the Central Statistics Office to define the town of Clonmel and Environs resulting in a population figure of 17,140. This new boundary omitted part of the Clonmel Borough Boundary which the CSO had defined as Legal Town for the 2011 census 11.55 km/sq. All of the 2011 census CSO environ in Co Waterford have been omitted as well as parts of CSO Environ of Clonmel in Co Tipperary. The CSO as part of the 11 May 2017 release of data compared their new 2016 CSO boundary with its population of 17,140 with the 2011 CSO Clonmel Environ boundary which is a larger area and had a resulting greater population of 17,908. The CSO are not comparing the same area and are incorrectly recorded a population decline of 768 .