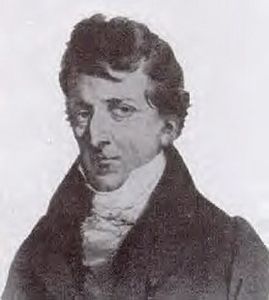 Giaovanni Aldini experimented in 1802 here in Bologna with electricity and corpses that he retrieved from the executions. With a volta column, a primitive battery, he tried to make the eyes of the deceased blink by using electric current through wires placed in the ear. It resulted in curious grimaces of the dead face. Aldani was the nephew of the famous scientist Luigi Galvani, also from Bologna, who had already demonstrated with frog legs that muscles contracted when you brought two metals into contact.