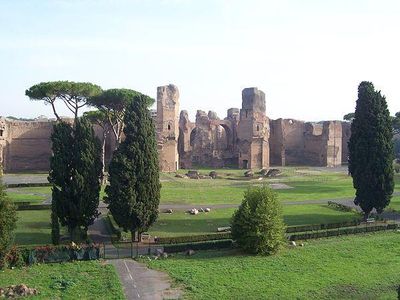 San Saba is the 21st rione of Rome, identified by the initials R. XXI. It is located within the Municipio I, and takes its name from the Basilica of San Saba, which is located there.

The church of San Saba and the attached monastery, which after the fall of the Roman Empire have been for centuries the only populated settlement in the area, were built by some hermits between 7th and 9th century. The monastery became soon a powerful and lively institution, with many properties and an advanced diplomatic activity that made it influential in Constantinople and among the barbarians.