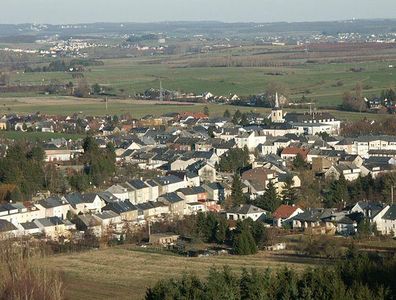 As of 2001, the town of Kayl, which lies in the centre of the commune, has a population of 4,237. Other towns within the commune include Tétange.