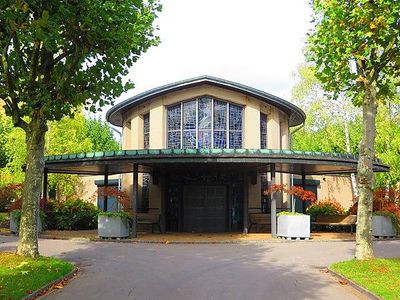 Esch-sur-Alzette , German: Esch-an-der-Alzette [ˌɛʃ ʔan deːɐ̯ ʔalˈzɛt] or Esch-an-der-Alzig, French: Esch-sur-Alzette) is a commune with town status in south-western Luxembourg. It is the country's second "city", and its second-most populous commune, with a population of 35,040 inhabitants, as of 2018. It lies in the south-west of the country, on the border with France and in the valley of the Alzette, which flows through the town. The town is usually referred to as just Esch; however, the full name distinguishes it from the village and commune of Esch-sur-Sûre which lies 45 kilometres further north. The country's capital, Luxembourg City, is roughly 15 km to the north-east.

For a long time Esch was a small farming village in the valley of the Uelzecht river. This changed when important amounts of iron ore were found in the area in the 1850s. With the development of the mines and the steel industry the town's population multiplied tenfold in a couple of decades. In 1911 the steel- and iron-producing company ARBED was founded. The development of the steel industry, especially in the south of the country, provided Luxembourg with sustained economic growth during the second half of the 19th century.