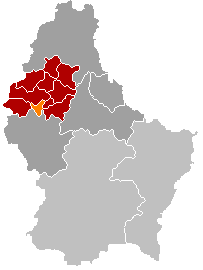 Previously, it was a former commune – the smallest in Luxembourg in terms of both population and population density – until it was merged merged into Esch-sur-Sûre in 2011.