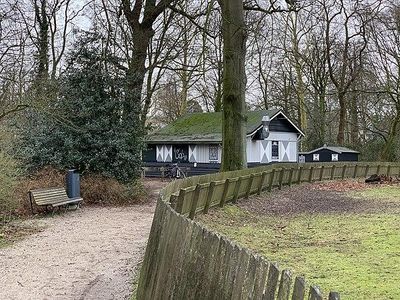 The Haarlemmerhout is the oldest public park of the Netherlands. It lies on the south side of Haarlem, on the same old sandy sea wall that is shared by the public park Haagse Bos in The Hague and the Alkmaarderhout in Alkmaar.

On a map drawn in 1560 of Haarlem, the Haarlemmerhout is shown in the characteristic form that it has today. It was burned by the Spaniards during the siege of Haarlem, but replanted. The east-west road at the southern edge of the park still exists and is called the Spanjaardslaan in memory of this event.