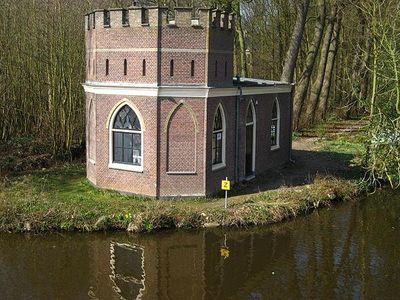 Oud Poelgeest is castle in Oegstgeest, north of Leiden, that was the former home of the Dutch scientist Herman Boerhaave . He was a Dutch humanist and physician of European fame.
The castle was built in 1668 on the foundations of an earlier construction, in the then popular Dutch Neoclassical style. It was probably built by the Haarlem architect Erasmus den Otter. The former castle, whose stone well from 1550 still exists in the woods, had been destroyed by the Spanish in 1574.