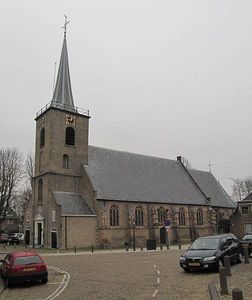 Capelle aan den IJssel [kaːˈpɛlə ʔaːn dɛn ˈɛisəl] is a town and municipality in the western Netherlands, in the province of South Holland. The municipality had a population of 66,818 in 2019, and covers an area of 15.40 km2 , of which 1.15 km2 is water. It is situated on the eastern edge of Rotterdam, on the Hollandse IJssel river.

The town has what is probably the country's smallest museum, the Dief en Duif huis . Now a historical museum, it served as the prison for the castle of Capelle and is all that now remains of the 16th-century castle.