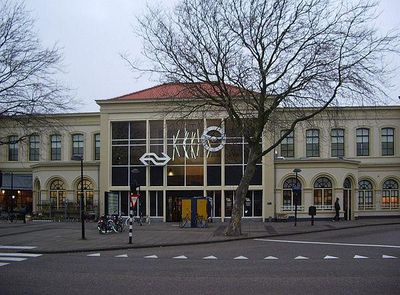 Alkmaar railway station serves the town of Alkmaar, Netherlands. It is located approximately 40 km northwest of Amsterdam. The station opened on 20 December 1865 and is located on the Den Helder–Amsterdam railway. The train services are operated by Nederlandse Spoorwegen and it is an Intercity station, where all trains stop.

Alkmaar Station opened on 20 December 1865 when the railway opened between Alkmaar and Den Helder. This was the second railway opened by the Hollandsche IJzeren Spoorweg-Maatschappij after the Amsterdam–Rotterdam railway. The line through Alkmaar was on the Staatslijn K railway, built by the Dutch state between 1865 and 1878.