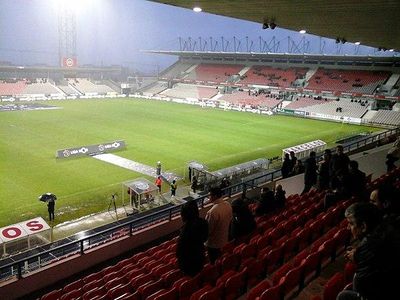 The Estádio Cidade de Barcelos is a multi-use stadium in Barcelos, Portugal. It is currently used mostly for football matches. It is the home of Primeira Liga side Gil Vicente.

The stadium is able to hold 12,504 people and was built in 2004. It opened on 30 May 2004. The inaugural game saw Gil Vicente lose 2-1 to Uruguayan side Nacional de Montevideo. It replaced Estadio Adelino Ribeiro Novo which was Gil's home ground from its establishment in the 1920s until 2004. The stadium is a UEFA Category C ground which allows for European and international games to be played there.