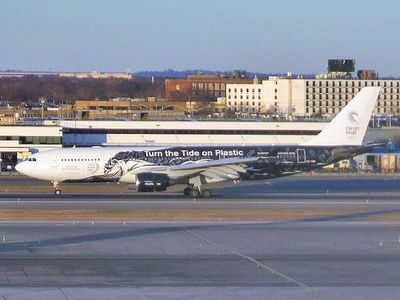 The airline was incorporated in 2005 and concluded its initial certification process in April 2006, when it was issued with an Air Operator Certificate by the Portugal civil aviation authority, INAC. Since obtaining its Air Operator's Certificate, the carrier has gained all the statutory EU-OPS and Federal Aviation Administration Safety Agency approvals. It also obtained the IATA Operational Safety Audit certification in September 2011.

Hi Fly's first aircraft was an Airbus A330-300 which had previously been operated by Air Luxor . The aircraft was recently on contract to the Air Component of the Belgian Armed Forces until the end of 2013. Two A310-300s were then added in 2008 and these were leased to Oman Air flying the carrier's first long-haul routes . New aircraft were then delivered from Airbus in 2008 and 2009: an A330-200 and two A340-500s, the latter used for approximately 5 years on behalf of Arik Air in Nigeria on its route between Lagos and New York/John F. Kennedy, painted in its colors, until Hi Fly repossessed the airframes in spring 2015. Since then, more A330s and A340s have also been obtained, including four in 2013. In February 2014, Hi Fly added its first narrow-body aircraft, an A321-200 that has been leased to the Belgian Army in replacement of the former A330-300.