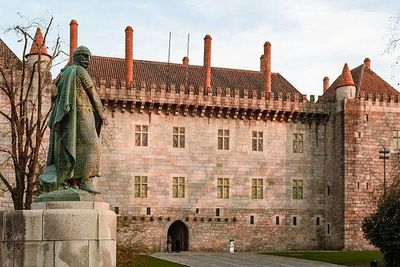 Guimarães ) is a city and municipality located in northern Portugal, in the district of Braga.
Its historic town centre is listed as UNESCO World Heritage Site since 2001, in recognition for being an "exceptionally well-preserved and authentic example of the evolution of a medieval settlement into a modern town" in Europe.

Guimarães is also a part of the Ave Subregion , as well as the historical Minho Province. The city has a population of 52,181 inhabitants. The population of the municipality in 2011 was 158,124, in an area of 240.95 square kilometres . The current Mayor is Domingos Bragança, of the Socialist Party. Guimarães, along with Maribor, Slovenia, was the European Capital of Culture in 2012.