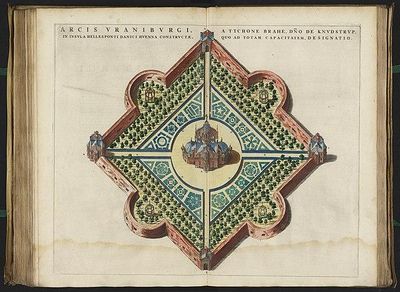 Uraniborg was a Danish astronomical observatory and alchemy laboratory established and operated by Tycho Brahe. It was built c. 1576 – c. 1580 on Hven, an island in the Øresund between Zealand and Scania, Sweden, which was part of Denmark at the time. It was expanded with the underground facility Stjerneborg on an adjacent site.

Brahe also innovated and invented many precision instruments which he used to carry out his studies in the observatory. Research was done in the fields of astronomy, alchemy, and meteorology by Tycho and his assistants.