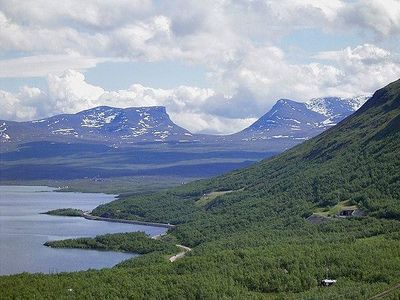 Lappland, often anglicised as Lapland , is a province in northernmost Sweden. It borders Jämtland, Ångermanland, Västerbotten, Norrbotten, Norway and Finland. Nearly a quarter of Sweden's land area is in Lappland.

Lappland originally extended eastward. However, in 1809 the Russian Empire annexed the eastern part of Sweden, and created the Grand Duchy of Finland, which in effect split Lappland into a Swedish part and a Finnish part, both of which still exist today.