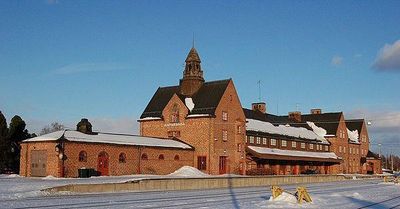 Haparanda is a locality and the seat of Haparanda Municipality in Norrbotten County, Sweden. It is adjacent to Tornio, Finland. Haparanda had a population of 4,856 in 2010, of out of a municipal total of 10,200 inhabitants.

Haparanda is, despite its small population, for historical reasons often still referred to as a city. Statistics Sweden, however, only counts localities with more than 10,000 inhabitants as cities. Haparanda is located at the northerly extreme of the Swedish coastline, and far removed from large cities. Its summers are very mild for a coastal location so far north, and winters are normally not extremely cold in spite of the relative proximity to the Arctic Circle.