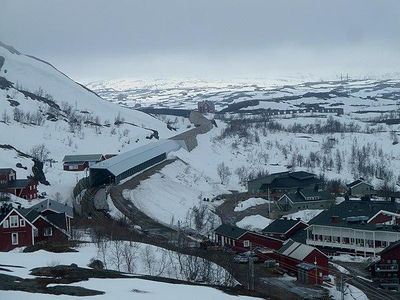 Riksgränsen, The National Border in Swedish, is a ski-resort in Kiruna Municipality, Lappland, Sweden, 200 km north of the Arctic Circle. The skiing season is from February to June. From end of May the lifts operate under the midnight sun.

Riksgränsen is a popular location for the winter testing of pre-production cars by various European manufacturers. Photo-snipers are prevalent, attempting to get the first spy-shots of new models, though their activities are frowned upon by local hoteliers who value the custom of the manufacturers. The same manufacturers frequently use the location for winter launches, bringing journalists from across the world to drive the new cars on snow-covered roads and on courses specially prepared on frozen lakes.