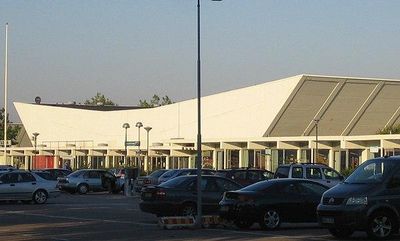 Malmö Isstadion is an indoor sports arena, located in Malmö, Sweden. The capacity of the arena is 5,800 and it was built in 1968. It is the former home arena of the Malmö Redhawks ice hockey team, and was replaced as such by Malmö Arena, which was inaugurated in November 2008. In addition to sporting events, the arena was also used for concerts until the opening of the larger Malmö Arena.

International events, such as the Eurovision Song Contest 1992 the 1996 Davis Cup final and the 2003 European Figure Skating Championships, have been held at Malmö Isstadion.