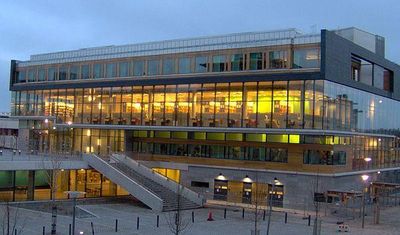 Södertörn University is a public university located in Flemingsberg, which is located in Huddinge Municipality, and the larger area called Södertörn, in Stockholm County, Sweden. In 2013, it had about 13 000 full-time students. The campus area in Flemingsberg hosts the main campus of SH, several departments of the Karolinska Institutet, and the School of Technology and health of the Royal Institute of Technology . The Karolinska University Hospital, Huddinge , is also located there.