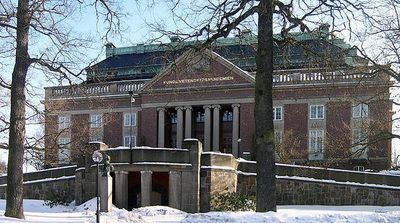 The Royal Swedish Academy of Sciences or Kungliga Vetenskapsakademien is one of the royal academies of Sweden. It is an independent, non-governmental scientific organisation which takes special responsibility for the natural sciences and mathematics, but endeavours to promote the exchange of ideas between various disciplines.

Every year the academy awards the Nobel Prizes in Physics and in Chemistry, the Sveriges Riksbank Prize in Economic Sciences in Memory of Alfred Nobel, the Crafoord Prize, the Sjöberg Prize and several other prizes.