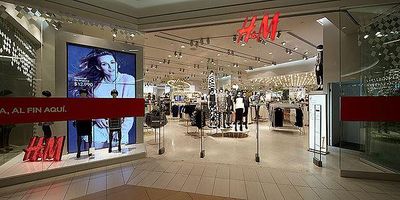 Hennes & Mauritz AB is a Swedish multinational clothing-retail company known for its fast-fashion clothing for men, women, teenagers and children. H&M and its associated companies operate in 62 countries with over 4,500 stores and as of 2015 employed around 132,000 people. It is the second-largest global clothing retailer, just behind Spain-based Inditex . The company has a significant online presence, with online shopping available in 33 countries:
The company was founded by Erling Persson in 1947, when he opened his first shop in Västerås, Sweden. The shop, called Hennes , exclusively sold women's clothing. A store was opened in Norway in 1964. In 1968, Persson acquired the hunting apparel retailer Mauritz Widforss, which led to the inclusion of a menswear collection in the product range and the name change to Hennes & Mauritz.