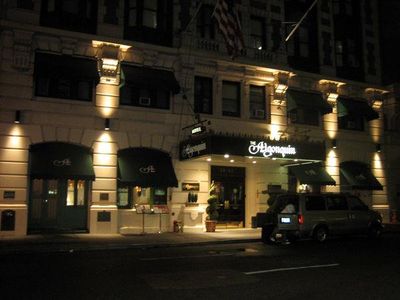 The Algonquin Hotel is an American historic hotel located at 59 West 44th Street in Midtown Manhattan, New York City. The hotel has been designated as a New York City Historic Landmark.

The 181-room hotel, opened in 1902, was designed by architect Goldwin Starrett. It was originally conceived as an apartment hotel but was quickly converted to a traditional lodging establishment. Its first owner-manager, Frank Case , established many of the hotel's traditions. Perhaps its best-known tradition is hosting literary and theatrical notables, most prominently the members of the Algonquin Round Table.