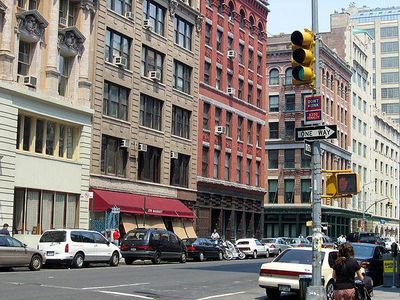 Hudson Street is a north–south oriented street in the New York City borough of Manhattan running from Tribeca to the south, through Hudson Square and Greenwich Village, to the Meatpacking District.