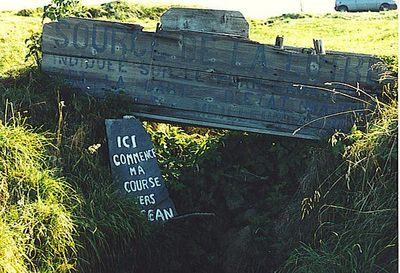 The Loire is the longest river in France and the 171st longest in the world. With a length of 1,012 kilometres , it drains an area of 117,054 km2 , or more than a fifth of France's land area, while its average discharge is only half that of the Rhône.

It rises in the highlands of the southeastern quarter of the French Massif Central in the Cévennes range at 1,350 m near Mont Gerbier de Jonc; it flows north through Nevers to Orléans, then west through Tours and Nantes until it reaches the Bay of Biscay at Saint-Nazaire. Its main tributaries include the rivers Nièvre, Maine and the Erdre on its right bank, and the rivers Allier, Cher, Indre, Vienne, and the Sèvre Nantaise on the left bank.