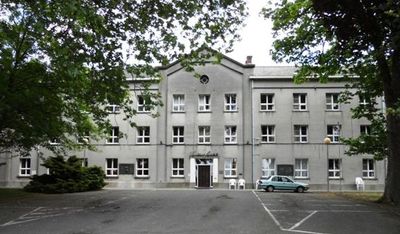 On 15 May 1916 the rest home De Clep was chosen to accommodate the Belgian Field Hospital, which had to leave the Bishop’s College in Veurne for security reasons. It later becomes the Belgian Military Hospital, when the Belgians take it over from the British.
The field hospitals did not only care for war casualties; a great many patients suffered from infections and sicknesses. A third of the fatalities died from sickness. In other armies that is less than 20%. This difference can be explained by the relatively few offensive efforts of the Belgian army and the wretched hygienic situation. Rats, mosquitoes, abundant fleas and lice, there is hardly any drinking water and corpses of men and animals lie rotting on the battlefield. In the first year of the war hundreds died from typhus.
Approximately one in eleven soldiers fell in the war and 3.5% died from sickness. About 22% of all soldiers were admitted to hospital with injuries and 35% with diseases. In total, almost 1320 combatants died in Clep.
Those who needed more prolonged care were transported by train to France (Calais), those who recovered could return on their passes in the direction of Diskmuide.
Today De Clep is a rest home again and may not be visited.