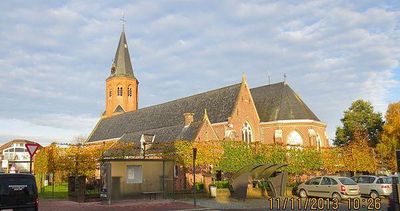 Roeselare is a Belgian city and municipality in the Flemish province of West Flanders. The municipality comprises the city of Roeselare proper and the towns of Beveren, Oekene and Rumbeke.

The name of the city is derived from two Germanic words meaning "reed" and "open space", i.e., a marsh in a forest glade. Roeselare's minor seminary is famous for having hosted the famous Flemish poets Guido Gezelle, Albrecht Rodenbach and missionary Jesuit Constant Lievens. The city is also home to the Rodenbach brewery.