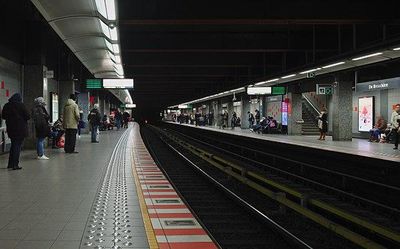 The station was inaugurated on 17 December 1969 as a premetro station , part of the first underground line in Belgium, then going from De Brouckère to Schuman. In 1976, the premetro line was converted into a metro line that was later split into two distinct lines in 1982: lines 1A and 1B, both of which served De Brouckère.