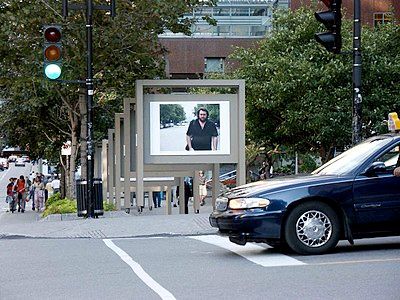 McGill College Avenue is a street in downtown Montreal, Quebec, Canada. Named for McGill University, the street was widened in the 1980s and transformed into a scenic avenue with McGill's Roddick Gates on Sherbrooke Street at its north end and the Place Ville Marie plaza at its south end.
The street was first laid out in 1857, on the axis leading up to the original McGill College Building, now the Arts Building of McGill University. Proposals to widen McGill College date back to at least 1952, when the French architect Jacques Greber submitted a design to the City of Montreal.