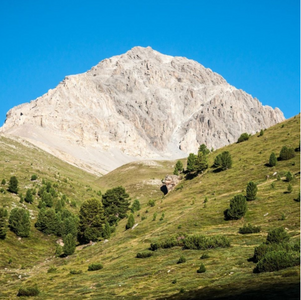 In December 2003, the municipality of Scuol of the canton of Graubünden in the east of Switzerland announced that it would name a hitherto nameless mountain peak after the Dutch Crown Princess Catharina-Amalia Beatrix Carmen Victoria. On the occasion of the baptism of Crown Princess Amalia, the top of the mountain was 'inaugurated' on 4 June 2004 by the mayor of Scuol and the Dutch ambassador to Switzerland. Piz Amalia (2918 meters) is located between the Piz d'Astras (2980 meters) and the Piz Mezdi (2882 meters).