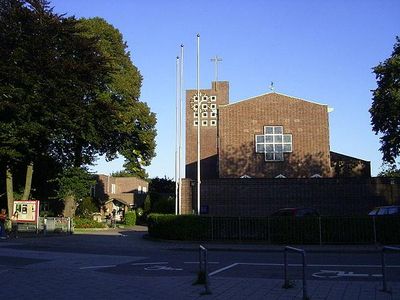 Billstedt is a quarter in the borough Hamburg-Mitte, in the eastern part of Hamburg, Germany. In 2016, the population was 70,234, it was the second-most populous quarter.
In 2006, according to the statistical office of Hamburg and Schleswig-Holstein, the Billstedt quarter had a total area of 17 km². To the north is the Jenfeld quarter of the Wandsbek borough. The municipalities Barsbüttel and Oststeinbek in the German state Schleswig-Holstein are to the east. To the west are the quarters Horn and Billbrook, to the south is the Lohbrügge quarter of the Bergedorf borough. In the east of Billstedt is the place Mümmelmannsberg.